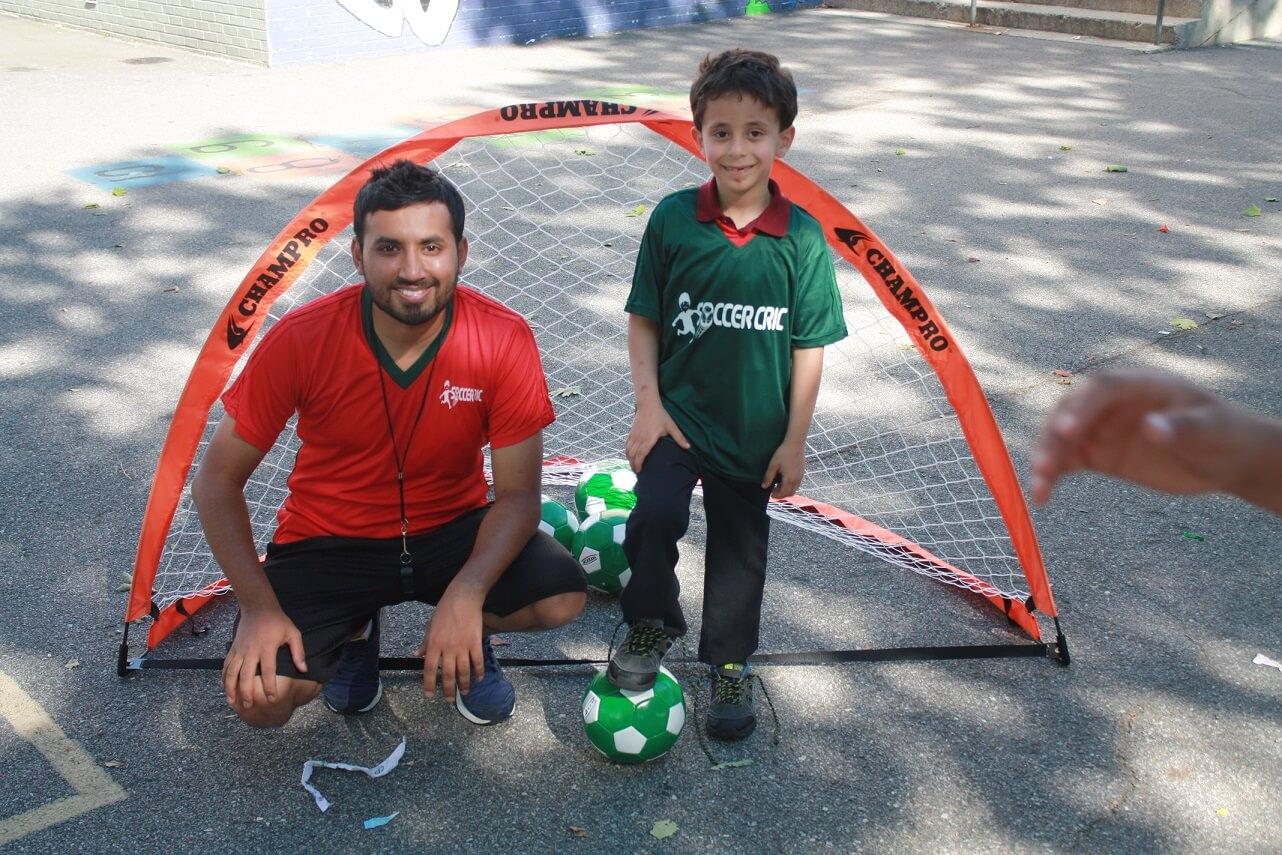 Coach Tanyer is originally from Bangladesh. He lived in England for two years where he worked as a youth soccer coach and travelled around Europe briefly before returning home to Bangladesh completed his Masters in English Literature. He moved to New York in 2015 and almost immediately started working in youth development.It was a natural fit to start coaching. Growing up in a small village in Bangladesh, He didn’t watch TV or play video games, instead He spent most of childhood playing soccer or cricket with his friend’s after-school. Playing ball and staying active for a child in his country is the norm – they learn to walk by kicking balls. He started coaching with a Queens based CBO working with Elementary level students and gradually moving on to work with Middle School students. He love the opportunity to teach and give students the environment to enjoy the sports of soccer as much as He did as a kid growing up. Helping students stay active and have fun while learning is truly is the best! He grew up watching and feeling the excitement for the game especially during world cups; there are always flags representing the teams, mostly Brazil and Argentina, everywhere a flag could be displayed; in the fields, store fronts, streets. Personally, his favorite club is Real Madrid and favorite player is Cristiano Ronaldo. Settling down in New York has been a great move for him and his family, He found the opportunity to do something he love while deciding to go back to school to start a new career path in Computer System Technology.